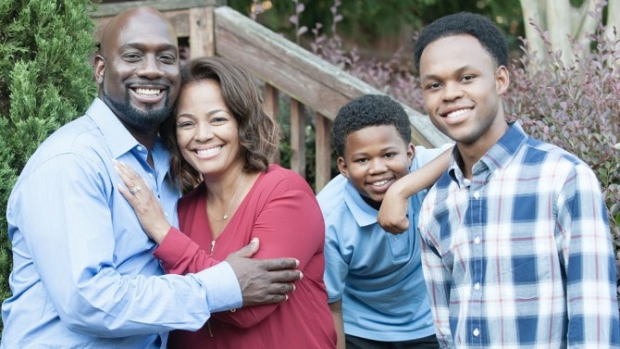 Breaking many industry norms, the new faith based movie “A Question of Faith” hopes to become a surprise hit among Christian filmgoers this fall. The movie is the first of its kind in the space to have been produced by an African American female producer-and the first faith based feature for veteran producer Angela White of Silver Lining Entertainment.

The film features a well-known cast, a unique and compelling storyline that touches on timely topics such as racial prejudice, the debate surrounding organ donation, while intertwining a strong Christian message. “A Question of Faith” will release from Pure Flix on September 29, 2017 in more than 600 theaters.

We are honored to be able to chat with the movie’s producer Angela White. White is also the first female African American producer to create a faith-based film.

Q: Thank you Angela for doing this interview with us. Congratulations on the release of “A Question of Faith.” What first attracted you to this script?

Thank you so much, and I appreciate you taking the time to interview me regarding “A Question of Faith.” When I first read the script, I loved how the power of God was woven into the backdrop of a compelling story about the human spirit. The script also had some very compelling characters.

Q: For our readers who may not know much about the movie, in your own words, what is the movie about?

“A Question of Faith” is a beautiful story that follows three different families, who experience a tragedy which forces each of their destinies to converge into the same path – ultimately to discover God’s love, grace, mercy, and the power of forgiveness. In “A Question of Faith,” all three families find themselves at a crossroads, questioning their faith and the higher power that guides their lives. As each family member deals with their issues, their worlds begin to intertwine, resulting in a chain of events that brings them closer and closer together. The film also deals with social issues, such as texting and driving, organ donating and the power of racial reconciliation.

Q: Who are some of the actors and actresses in the movie?

Q: This movie deals with the problem of racism, how will this movie bring an awareness to eradicate racism?

I think racism is not a simple problem or solution. The problem of racism is deeply-rooted in history, and “A Question of Faith” \ simply attempts to shed some light on the issues. The movie shows that we are all one people, and we need each other in order to survive and make this world better. Today we see this message being displayed in Houston, TX, where people are showing love to their neighbors as the city struggles to survive.

Q: Why do you think racism exist?

Racism is deeply-rooted and has been transferred from one generation to another. Many people have preconceived notions about people who look different from them, or who are culturally differently then them. We need to take the time to understand each other’s cultural experiences and backgrounds; until we do, we will continue to have problems with racially-motivated hatred, fear and discrimination.

Q: How do faith and Christ have to do with eradicating racism?

Q: Being the first African American lady who produces such a faith-based movie, how does that make you feel?

It is exciting and humbling to be the first African American woman to be able to break into the faith-based genre. I’m surprised it has taken this long, but those who have come before me to lay the foundation will be proud of this film.

Q: What were some of the joys and challenges in making this movie?

One joy in making “A Question of Faith” was seeing the scenes in the script come to life on set, and the actors embracing these tough issues in a humane way. Another joy is seeing how the film is already touching people’s lives. We worked really hard in editing this movie, and to see that people are receiving it in such a positive way is up-lifting.

The challenges of making this film are similar to most projects – not enough time and money! You can always use more time to develop the project, shoot scenes and work with the actors. We had a tight budget and had to shoot the entire film very quickly, which is always a challenge in making a great movie.

I will continue producing feature films with core family values, from a multi-cultural perspective. Silver Lining Entertainment’s next feature film will highlight current social issues, and show how answers can be found in the Word of God.