Media Maven, Angela White on Making History, Helping Others in the World of Entertainment, & Much More! 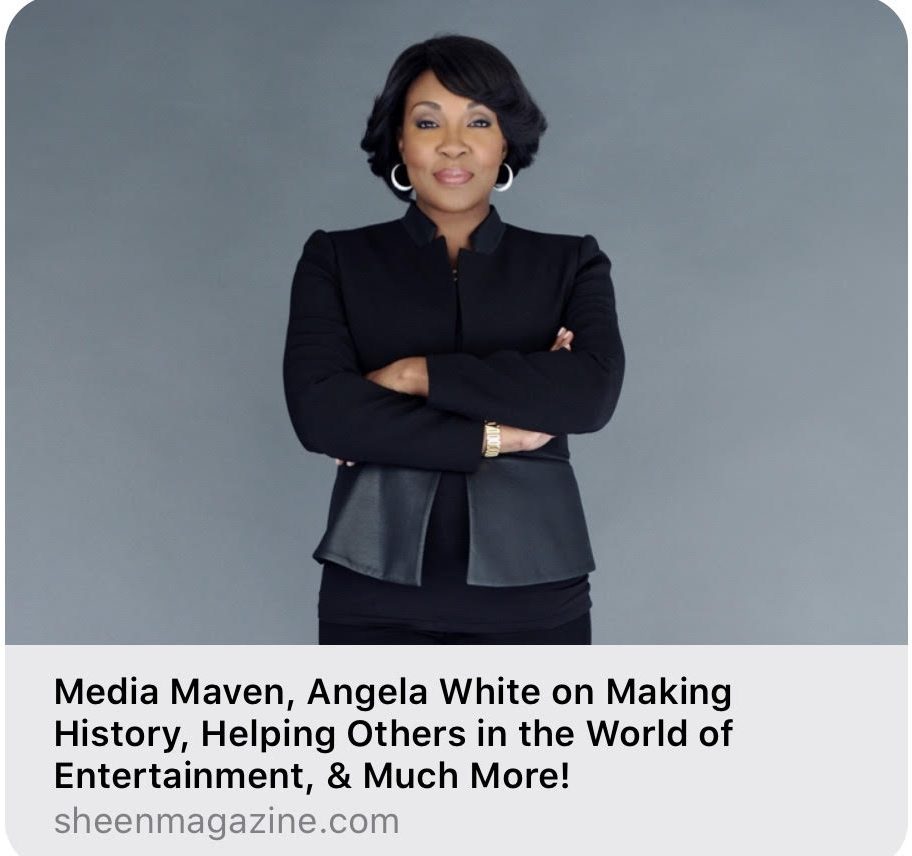 Angela White is clearly a woman of business! She’s a: film producer, motivational speaker, entrepreneur, author, coach, and founder of Silver Lining Entertainment. The New Jersey native first started her career as a talent manager, and eventually transitioned to Los Angeles. Once she began producing in 2009, the rest was history! We caught up with Angela White to discuss what inspired her to create her empire, becoming the first African American woman to produce a theatrical faith-based movie, and much more!

What inspired you to find Silver Lining Entertainment LLC?

I founded the company back in 1997 when I was in law school because I started managing talent. I wanted to make sure that I had a company that was properly organized so I could effectively represent talent in a way that’s professional. I wanted to have an event production company that could be hired and solicited by studios and networks. I knew ahead of time that I needed to start setting a company up, creating a brand of what I stood for, that could be recognizable and incredible in the industry. I knew I didn’t want to work for people, ultimately I wanted to work for myself.

You became the first African American woman to produce a theatrical faith-based movie with the film titled, A Question of Faith. Why do you feel like this was such an important project to release?

The faith-based genre is not really taped into in the producing side for a lot of African Americans. When you think about the African American experience, it’s enriched and engrained with the black church. Why aren’t we feeding people, that is our own people in a massive population? The average African American goes to a black church. I knew when I entered the field that it was untapped, it was needed, people wanted to see the content, I wanted to put out the content, and faith is a big part of my life personally. I think it’s a faith walk for most people. I believed it was important to put something out that inspired people, showed them that they can fall down and get back up, and that we’re all in this together.

Tell us about Backstage Pass to The Movie Industry. Why did you create it?

Backstage Pass to the Movie Industry was created as a way for me to start paying it forward to others that are coming up behind me. As an African American producer, there are a lot of people that helped me get to the position where I’m at. I think we have to pull back and try to bring people into the same space as we are. I wanted to create something that anyone could participate in, where they have access to Hollywood from their home, a place where people can feel safe, ask questions, where I can share my resources and knowledge in a safe environment. It’s important that we have more people of color represent behind the camera just as much as they are in front of the camera. A lot of people don’t have access to the knowledge or tools due to location or finances. This is my way of giving back, I wouldn’t be where I’m at if there weren’t people that did the same for me.

Are there any upcoming projects you could give us insight into?

I just wrapped this summer on my directorial debut called Transgress. It’s a spooky spiritual thriller! I wrote it, we plan to present it at film festivals next year. I also wrapped a television show called Pump. It stars Ray J, Michael J. White, Jennifer Freeman, and it’s a fun television show produced and directed by Corey Grant. It’s a show about misfits at a gym and it shows what it’s like to work at a gym. I’m about to start shooting a project called Hands Up in Atlanta, Georgia. It is a social commentary piece on police brutality in this country. When you think of Hands Up, some people think of Michael Brown, who was killed five years ago while he had his hands up. 2020 is the election year so I want to do something that is political, says something, and is relevant to what is happening today. We plan to release it next year and we hope that it will change people’s perspective on police brutality and we start getting legislation to address it.