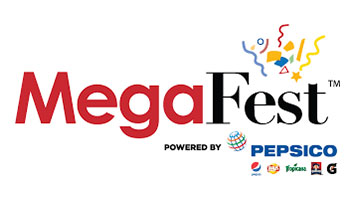 When the film ended, the audience erupted with an exuberant applause and standing ovation as an expression of how much they enjoyed the performances and the inspiring message of the film. Immediately after, producers and cast members took to the stage for a discussion and to answer questions from the attendees. Grateful to all who came out, the film’s producer Angela White states, “Attending MegaFest with A Question of Faith was a life changing experience for me. To witness the vision that I conceived grow into something that I can now introduce to the world, and be warmly received by hundreds of people, is nothing short of inspiring.” She adds, “From the attendees who cried, laughed and rejoiced, it exceeded my expectations and galvanized the entire team to continue pushing Christian films further into the marketplace.”

One of the biggest moments of the evening was when guests were treated to a brief impromptu moving vocal performance by the talented Christian music artist Amber Nelon Thompson. “This was my first time attending MegaFest and I was overwhelmed at the magnitude of the event!,” shares the Daywind Records Recording Artist. “I was honored to be representing the film A Question of Faith, and I’m thankful to Bishop T.D. Jakes for allowing faith-based films to be screened at the event. It was truly amazing to see the excitement of the attendees and we hope that they’ll spread the word so others can join in that excitement!”

A Question of Faith tells a moving story of three families from different cultures, who live in the same community; they are complete strangers living vastly separate lives until a texting and driving accident thrusts them onto converging paths where they discover God’s love, forgiveness, grace and mercy.

Along with a strong message of faith, the talented and well-known cast delivers a compelling storyline that touches on timely topics such as racial prejudice, the consequences of texting and driving, and it also addresses the debate surrounding organ donation. The producers expect the film to resonate strongly amongst churches and it also features a strong Gospel music soundtrack throughout.

(“SLE”) is an independent production company based in Los Angeles, California. Established in 1997 in New Jersey by founder Angela White, the Company’s mission is to develop independent television and film projects with a multi-cultural perspective, from inception to completion, for worldwide distribution. SLE’s current focus is on forging strategic relationships with other production companies, writers, directors, talent and producers to create, develop, produce and distribute compelling stories with core family values to targeted audiences throughout the global marketplace.