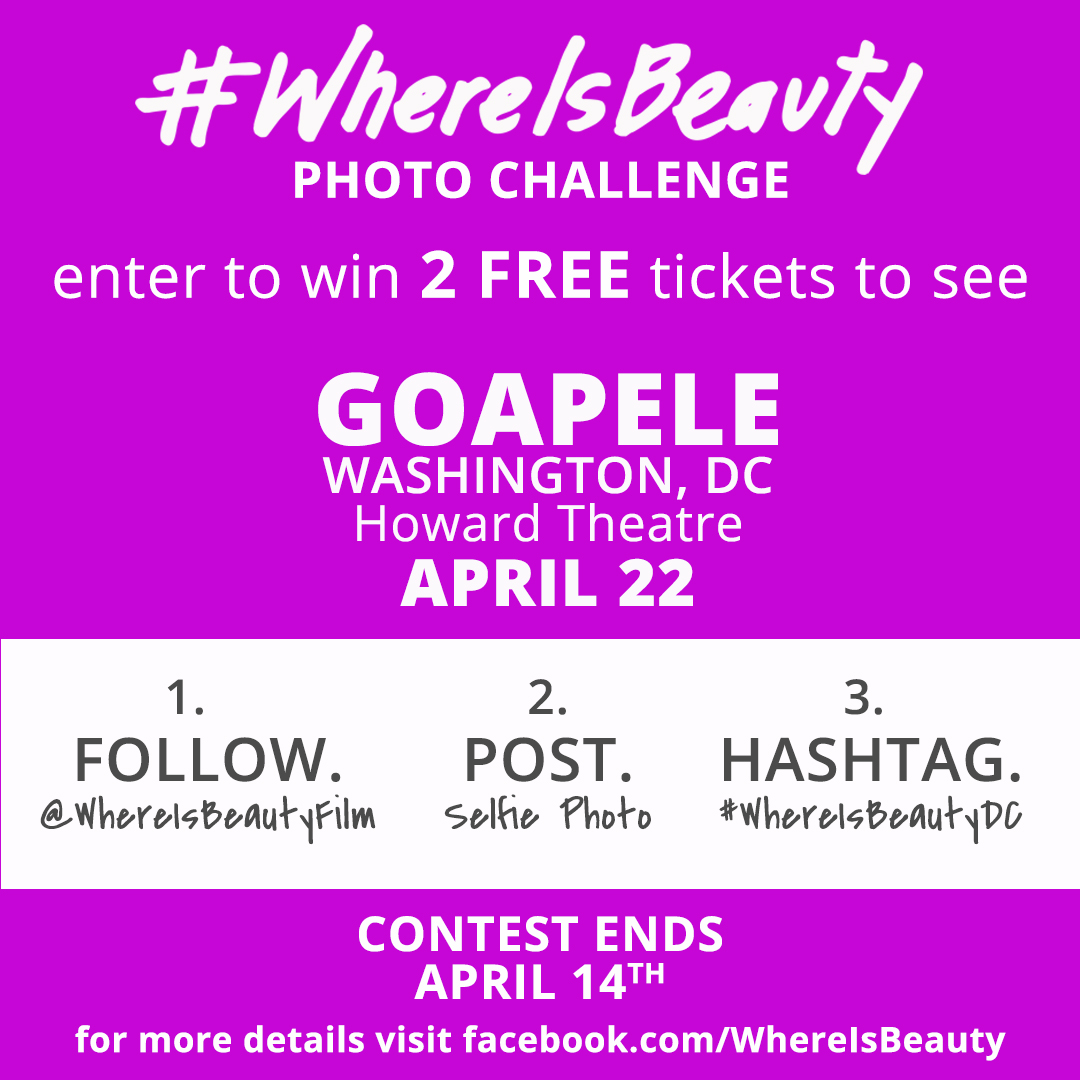 LOS ANGELES, CA – #WhereIsBeauty kicks off photo challenge as it heads to France for its international premiere
at the 14th annual Cannes Pan African International Film Festival opening night ceremony. The short film,
starring Goapele, premiered at the 25th annual Pan-African Film Festival in Los Angeles earlier this year. To promote self-confidence in young women through social media, Mama-Sans Entertainment and Silver Lining Entertainment are launching the #WhereIsBeauty photo challenge on April 1st. Through a curated photo collection of everyday women, each week, photos will be released representing art, beauty and culture to be featured on all #WhereIsBeauty social media platforms.

The campaign targets multi-cultural women around the world grappling with issues of self-identity, encouraging women to post selfies defining beauty. Throughout the months of April and May women will win prizes that include tickets to select concerts during Goapele’s 2017 tour, clothing, beauty and hair products, along with being featured on the films and its partners social media platforms and website. In today’s society, social media dictates what defines beauty, however #WhereIsBeauty challenges women to take action by sharing honest self- reflections of themselves to define beauty and be comfortable in their own skin.

The short film #WhereIsBeauty is a true to life journey of a visual artist capturing day-to-day images of beauty using SnapChat and social media. The film is directed by first-time filmmaker Angela McCrae, who served as the creative director for the photo collection and social media campaign, “I’m excited to launch the campaign to engage young women dealing with pressures from social media relating to their beauty and confidence. I chose real woman, some of which never experienced being in front of the camera and the results were amazing. I’m also proud to include a gorgeous transgender woman, Gracie Cartier, as part of our campaign! We rarely recognize or celebrate their journey.”