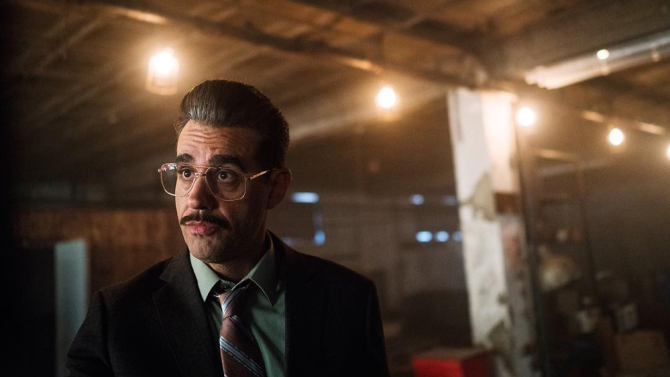 Meagan Good is set to guest star in two upcoming episodes of Showtime’s “White Famous,” reprising her role as Kali in Showtime’s “Californication.” Kali is a young pop star who is friends with Sadie (Cleopatra Coleman), the ex-girlfriend of Floyd (Jay Pharoah) and mother of his son. Good played the lead role in the Steven Spielberg series “Minority Report” and will star in the title role of the upcoming series “Foxy Brown.” She will also be seen in the films “A Boy. A Girl. A Dream: Love on Election Night” and “Motivated Seller.” “White Famous” is loosely based on Jamie Foxx’s experiences in the coming up in the stand-up industry and comes from “Californication” creator Tom Kapinos.

USA Network has released a first look image (above) of Bobby Cannavale in his new “Mr. Robot” role as Irving, a laconic, no-nonsense used car salesman. Irving will first appear in the upcoming third season of the drama, which explores each character’s motivations and the disintegration of Elliot and Mr. Robot”s relationship. “Mr. Robot’s” third season will premiere Wednesday, October 11 at 10 p.m./9c., and a new trailer for the season was also released.

Urban Movie Channel has announced the premiere dates for two of its series. “Lawd Have Mercy” is a new comedy series is a Sunday church service version of “America’s Funniest Home Videos” hosted by Flex Alexander and comedian Buddy Lewis that will premiere Aug. 4. “The Comedy Underground Series” returns for its second season with new host Red Grant, and premieres Friday, Aug. 11. The series spotlights some of the funniest comedic talent and rising stars.